Twitter is incredibly popular among its user base, and it has also become an exceptional platform for brands to use for social customer service. 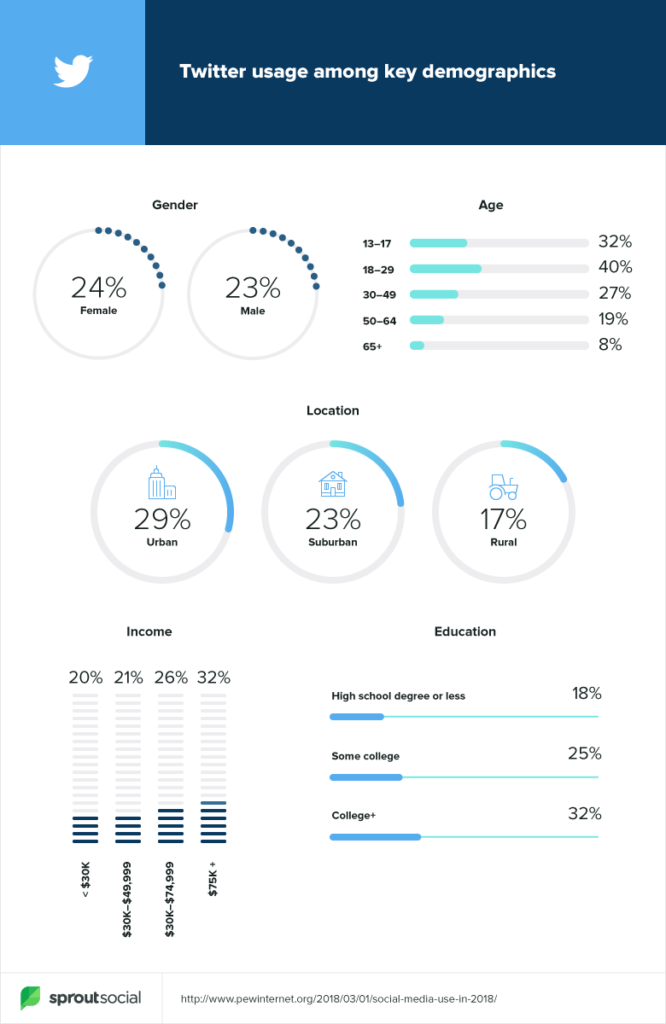 As one of the last remaining social networks with a chronological feed, Twitter has stayed a favorite for many of its users. Most popular with people in their 20s, the micro-blogging platform caters to the younger demographic ranges.

The spread of women vs. men on the platform is nearly even.

Over 79% of Twitter’s user base resides outside of the US.

For US social media users, here is the breakdown of use by region:

Search
Account
Thanks for contacting us! We'll get back to you shortly. Thanks for subscribing